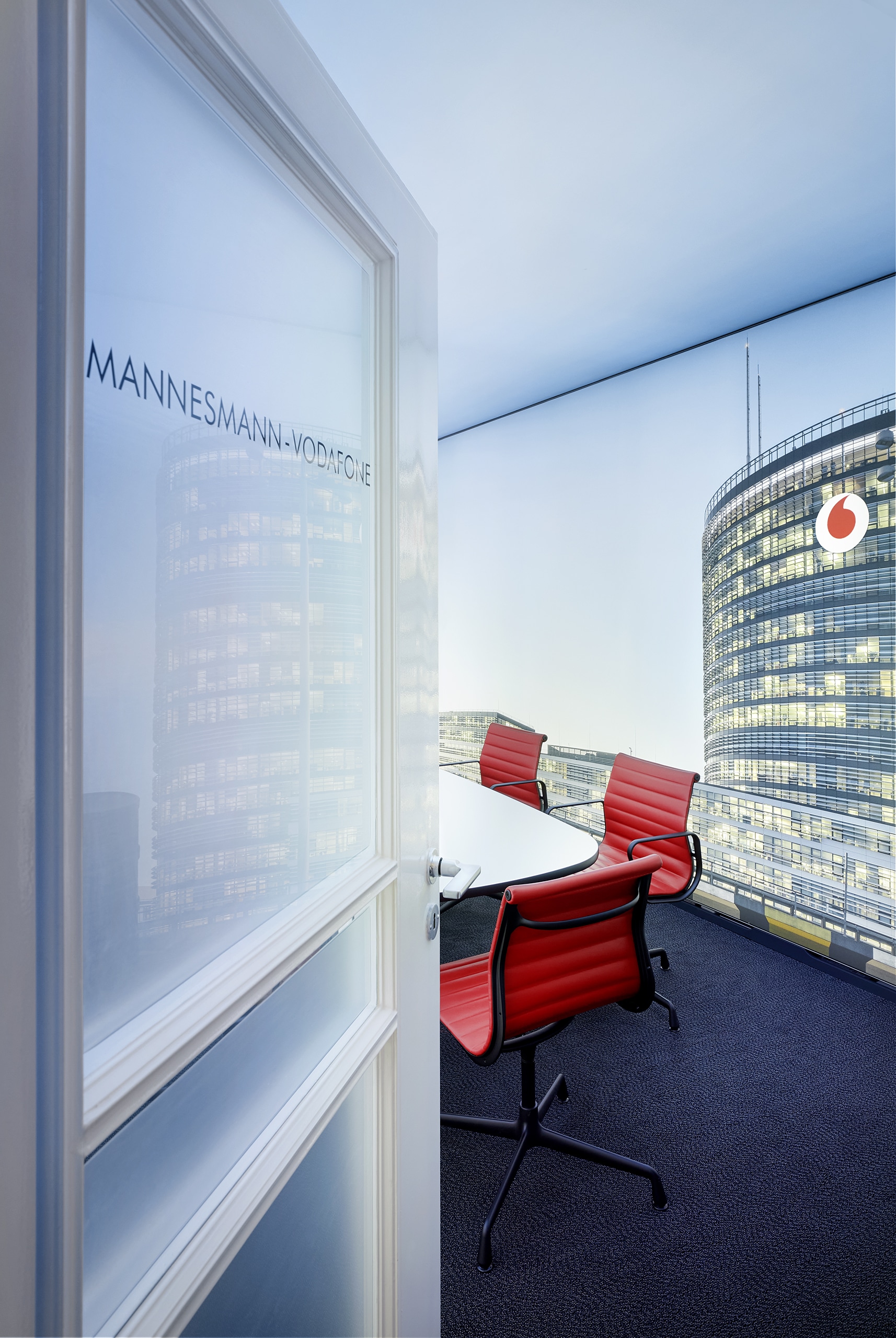 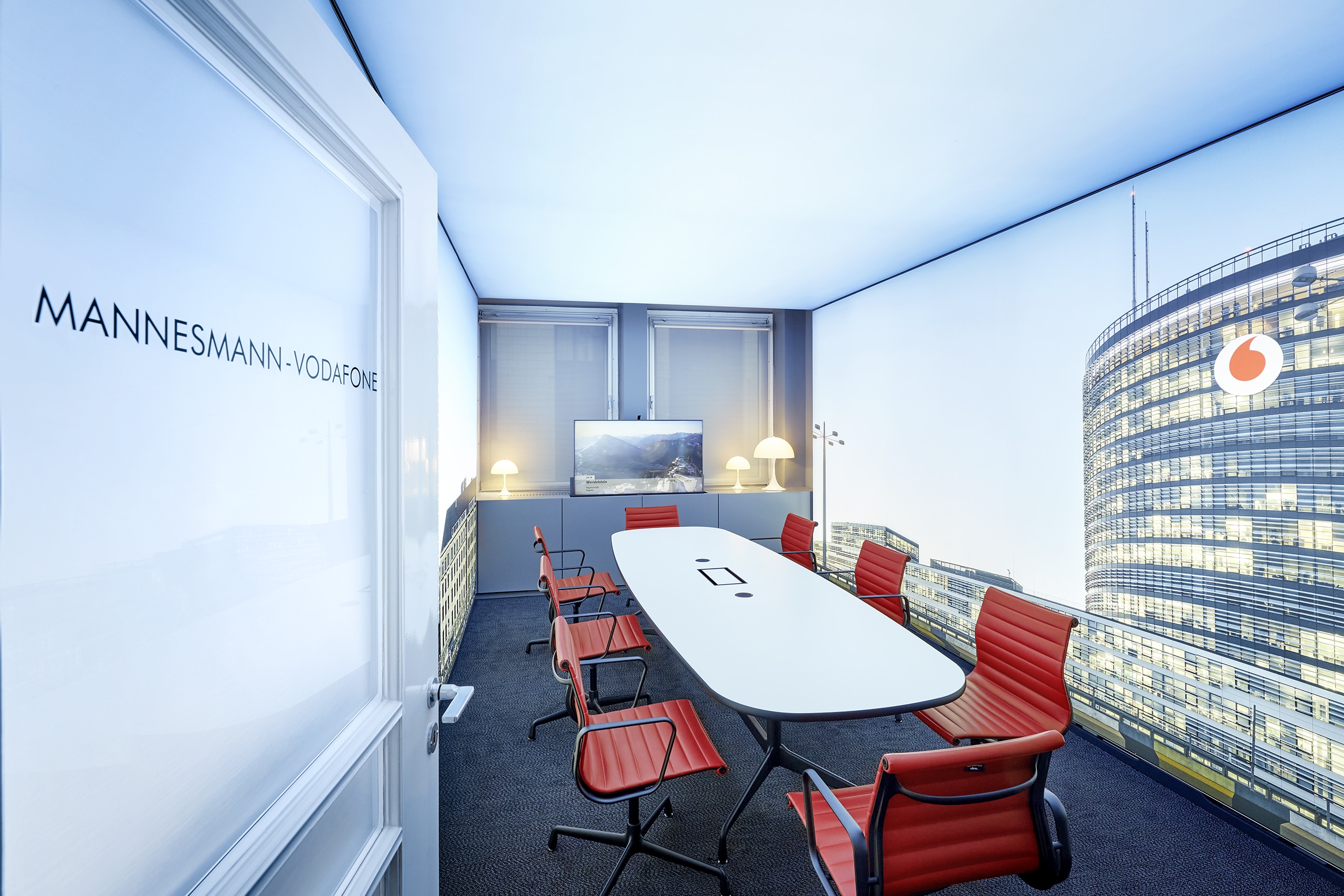 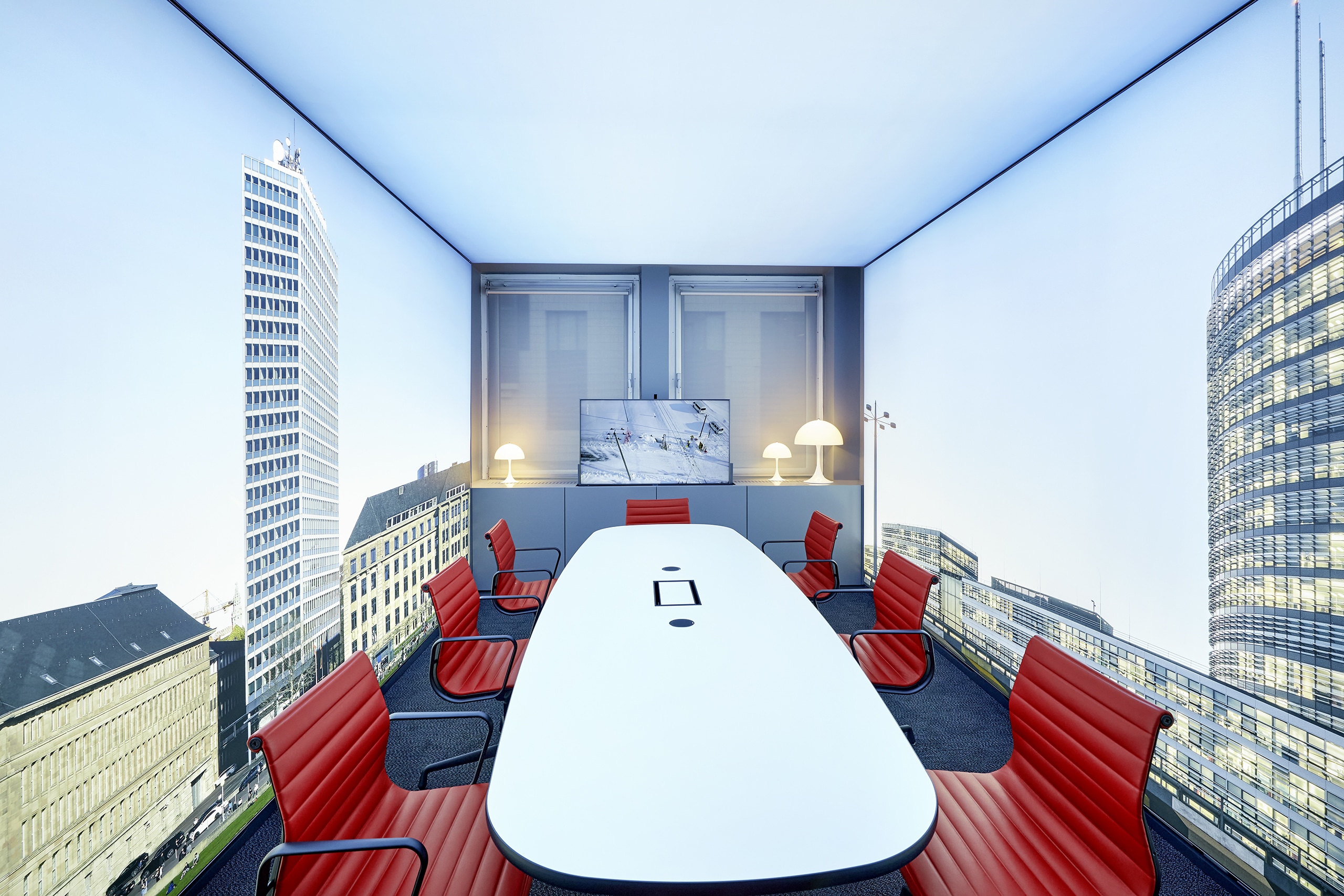 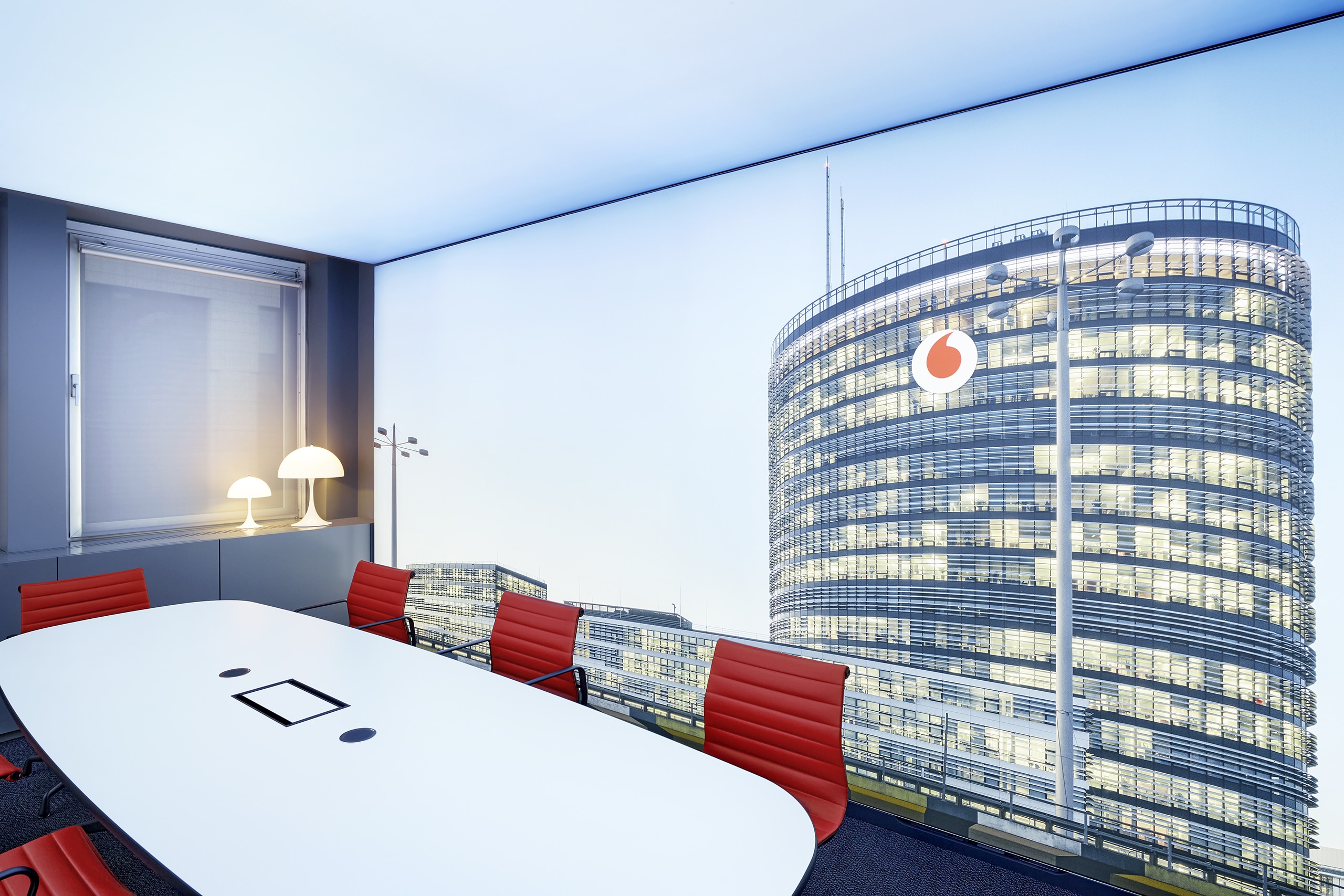 In Düsseldorf’s venerable Industry-Club, a new meeting room measuring just 18 square metres was to be built, dedicated to the international communications company Vodafone.
For many decades it was called the »Mannesmann Room«, although Vodafone had already taken over the communications division from Mannesmann AG in 2000.

The Mannesmann AG was visible and well-known from everywhere with its architectural icon, the »Mannesmann Hochhaus« on Mannesmann Ufer, which was completed in 1958.

Vodafone initially took over this location until the group with its 5000 employees moved into the Vodafone Campus in Düsseldorf-Heerdt in 2012, which is also prominent in terms of urban planning with its 18-storey high-rise.

Our goal was to make this history and the importance of both groups for Düsseldorf tangible at the location of the Industrie-Club.

To achieve this, we developed the idea of placing a central meeting table seemingly in the »city of Düsseldorf« by arranging large-format, backlit architectural photos of the two corporate headquarters, wall filling connected by the ceiling, the sky.

The spatial boundaries of the small room dissolve. When you enter the room, you become part of urban life and feel the history of both locations immediately.

In order not to disturb this formative atmosphere, all remaining surfaces have been laid out in asphalt grey, which causes them to fade into the background.
Only at a second glance you realize that the dark flooring (floor covering) is an innovative material, beyond the usual carpeting.

The somewhat “different” version of the well-known furniture classics by Charles Eames from the 1950s, with black frames and red leather in the Vodafone brand color, noticeably supports the connection between past, present and future.